By Timothy2 months ago

This past Saturday, I had to go down to my father’s place in Brenham for some family business, and since we did not need to be there until around 5:30 or 6 p.m., I took the opportunity to take Andy and Joey to a Texas A&M football game.

The last time I took them to a game, they were about 10 and 8 years old, and it was miserable. They had no interest.

I was hoping to redeem the experience now that they are a bit older,  and I think I did. They enjoyed the game, even though by the time we got to our seats, it was over since the Aggies were up 14-0 over Prairie View A&M. This was, after all, cream-puff weekend, the weekend where all the SEC schools play really small schools in preparation for their last big game of the regular season. The Aggies won 52-3. (BTW, Aggies are generally good natured, so much so, that when a PV receiver dropped a pass that would have clearly led to a PV touchdown, most of us were as disappointed as the PVA&M fans were. We want to beat you, not embarrass you, unless you are t.u.)

Because it was cream-puff weekend was also the reason we were at the game. Had the Aggies been playing a power house, I would not have been able to afford the tickets. In fact, even getting the tickets at a discount, I couldn’t afford to be there.

I was trying to keep costs down, so we took the free park-n-ride offer in downtown Bryan, TX, with free shuttle bus to and from Kyle Field. The game started at 11 a.m. and we did not get there as early as I would have liked to. That meant we were hungry. The food prices, in my opinion, were astronomical. Please note: most people wouldn’t bat an eyelid at paying $12 for a barbecue sandwich.  But I’m not most people. As a given rule, Heidi and I rarely eat out, since the prices are so high, and the food is not as good as what she can make at home. So the price of lunch was a bit of a sticker shock for me.

I didn’t let that spoil the day. The boys got to see the game, as well as the Fightin’ Texas Aggie Band.  I wanted Joey to see the band since he is in the marching band at his high school.

Our first glance at the game. You can see the score is already 7-0.

A selfie I sent to Heidi as we made our long trek skyward on the never-ending ramps upward. Andy, like Andy still does, had to photobomb himself.

A few shots after the game. I was really thankful for the sunshine and warmer temperatures. I was able to get some good shots for my next post on the day: Outside Kyle Field. 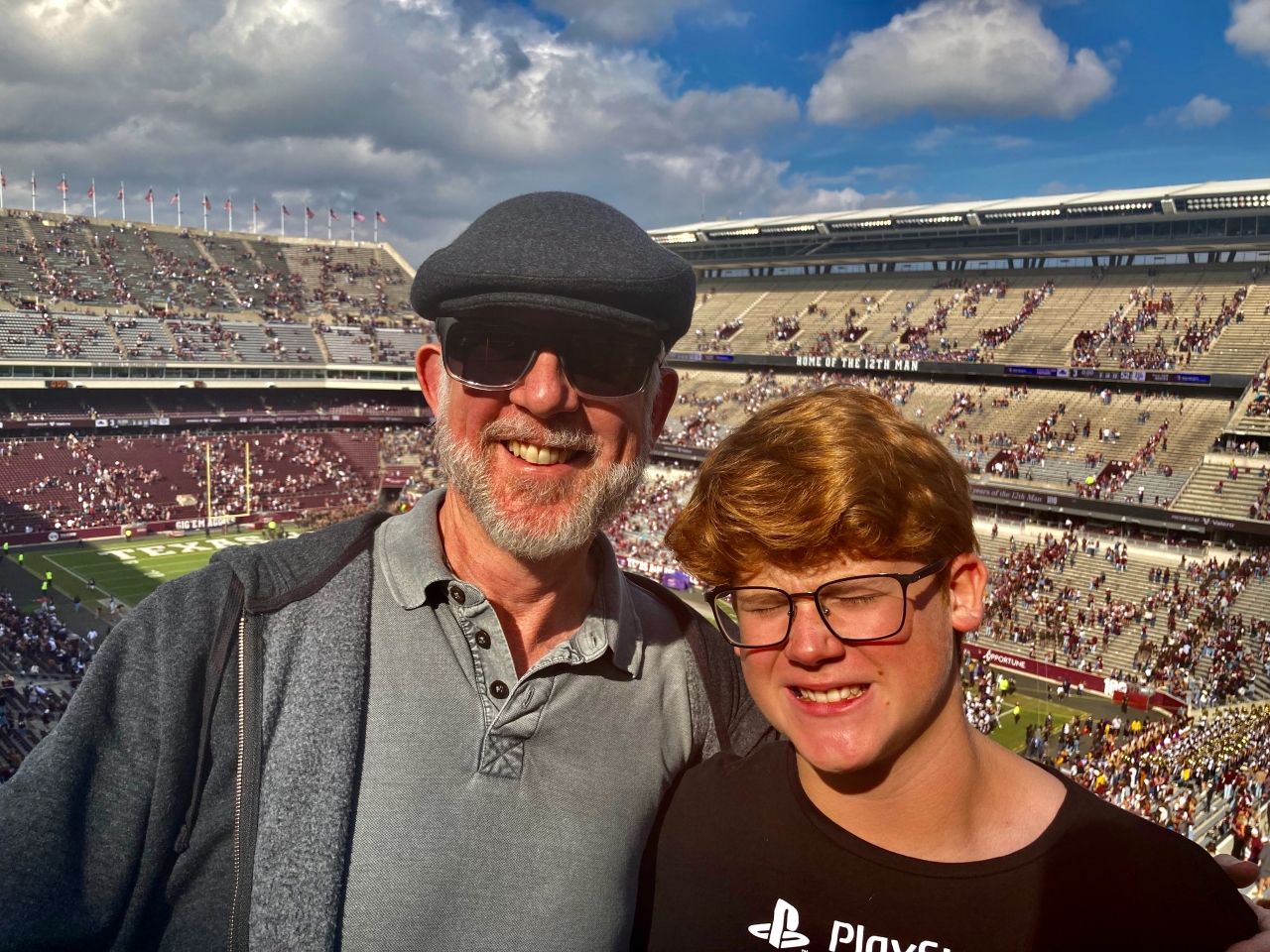 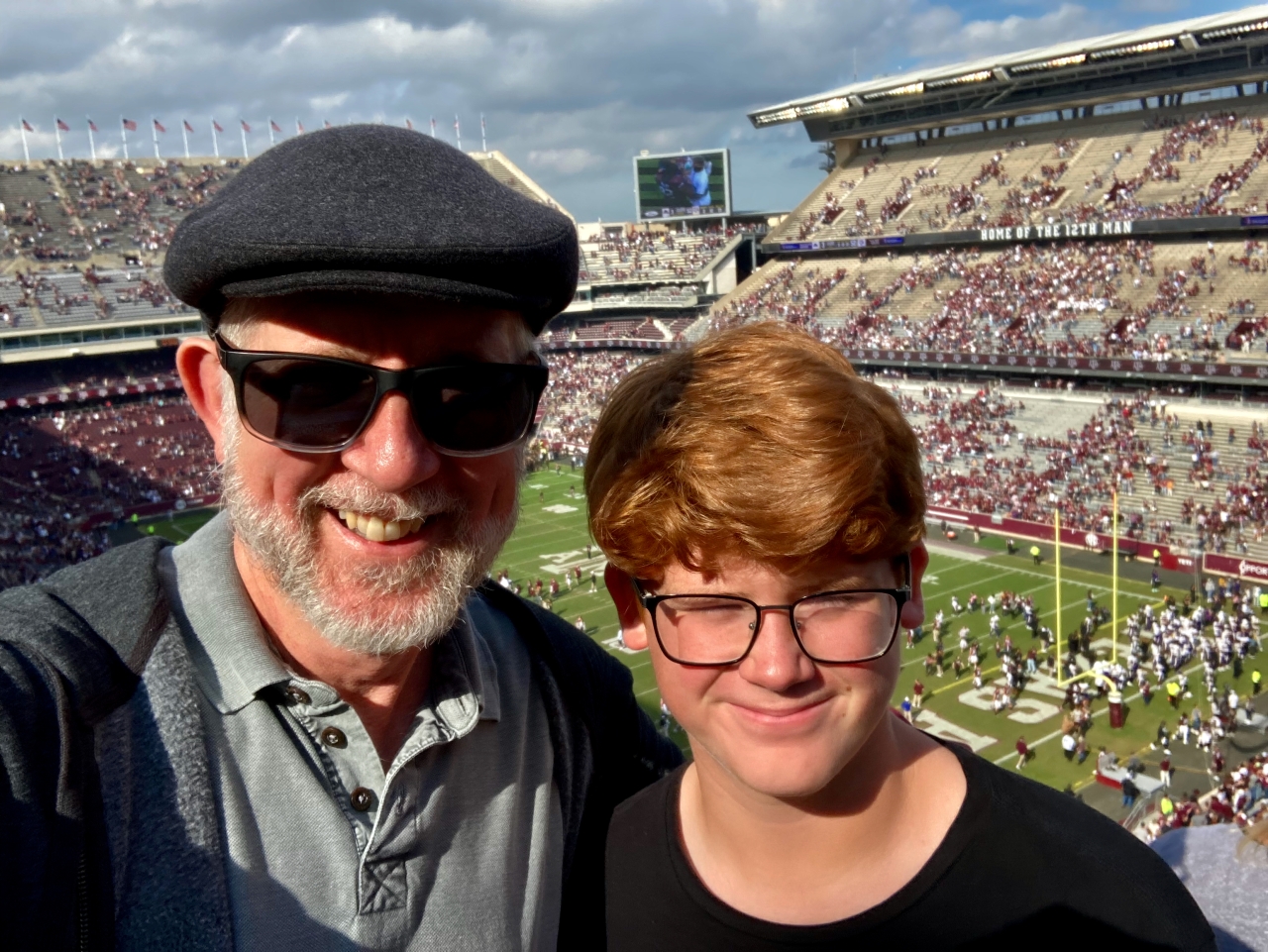 The boys hanging out with Heisman Trophy winner Johnny Manziel. To be honest, this is as close to Johnny Manziel I want the boys to get. He is the forever-party boy, and as far as I’m concerned, not the best representative of what it means to be a Texas Aggie.