My wife and I voted early this year because of our move from our old neighborhood. We didn’t want to have to use a mail-in ballot with all the questions regarding mail-in ballots. So we went one afternoon last week, hoping to avoid the lines.

Didn’t happen. So we semi-masked up, and stood in the queue with the other dutiful citizens of the county.

One thing I wanted to know when I voted was whether or not our votes would be counted by before election day, or did they wait until election day. I had some irrational fear that early votes were set aside unless needed. The voting clerk assured me that my vote was counted the moment I submitted my electronically produced ballot to the counter at the end of the line. I was satisfied.

Just a reminder, the big voting day is in two weeks. 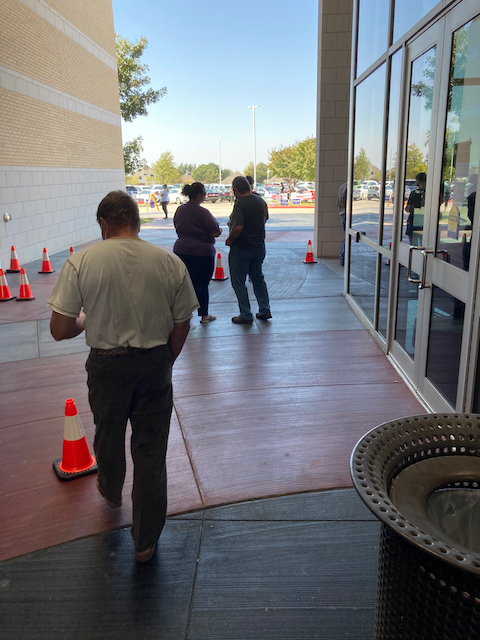 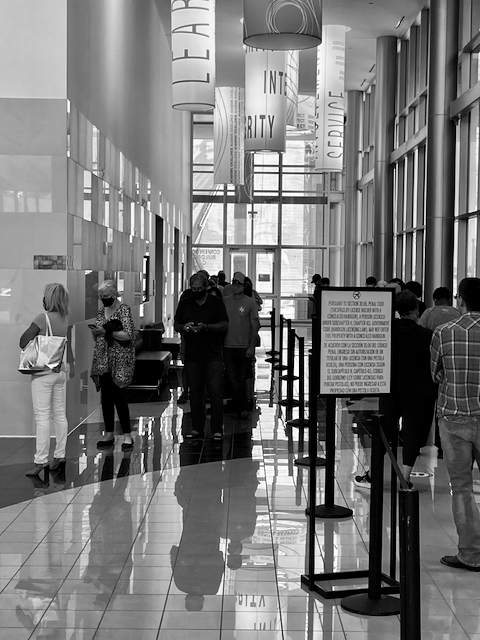 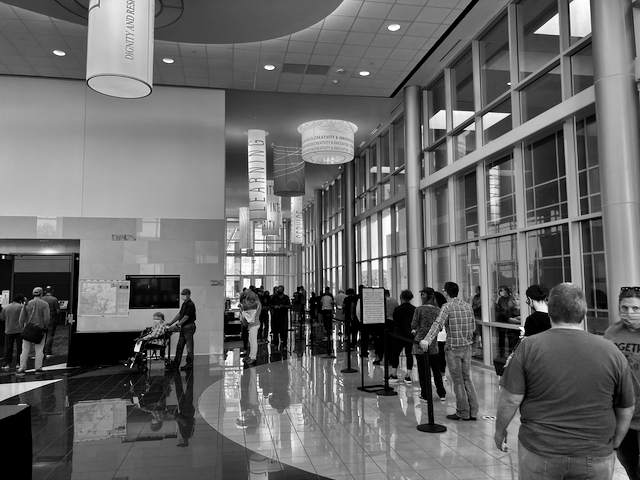 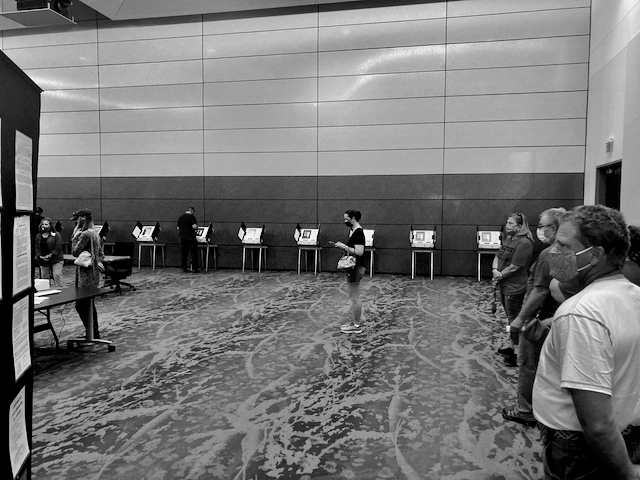 I thought it was interesting that they had so many empty machines. We had the line because they only had enough election officials to process a few of us at a time. Hopefully, that will change on election day.