On This Date: Notes from My Father Here is a little note from my father, who at 71 years of age, got his pilots license, and only gave up his license in his mid 80s.

I have been reminded that it was nineteen years ago, (November 12,) 2002, on this day that I soloed in my beloved Piper Cherokee (N8154W). My CFI had me shoot a couple takeoffs and landings. On the last, I was taxiing back to 16 for another and he told me to pull off the taxi way behind a hangar. He said he was getting out and walk back to the terminal.
He told me go around again, by myself. Was I nervous? Heck no. I was glad to get his big rear-end out of the airplane.
I completed the TD and made a tire screeching landing, just right. Truth was he had me so prepared it was pretty cut and dried.
Tradition is when a pilot solos your shirt tail gets cut off. Jack, Janet and Orrisson would not let a chance go by,  so I now have the trophy shirt tail to look at framed and dated (see photo above). Thus began a thirteen year adventure flying into more than 160 airports cumulating just shy of 600 hours.
Was this heroic? In a word no, what’s is is what our serviceman did and do. That’s heroic!

Below are some of the pictures I took of Dad with his plane. 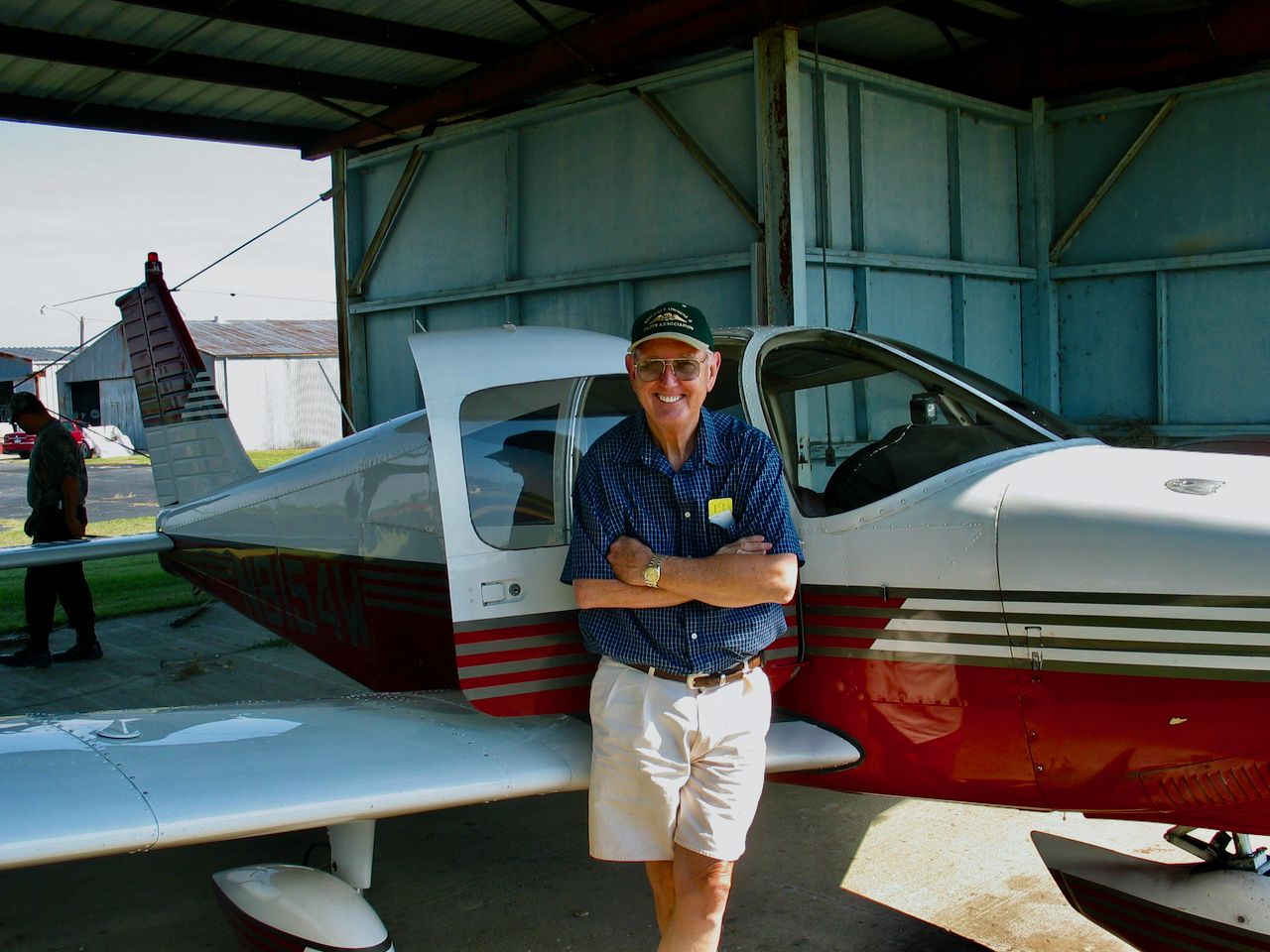 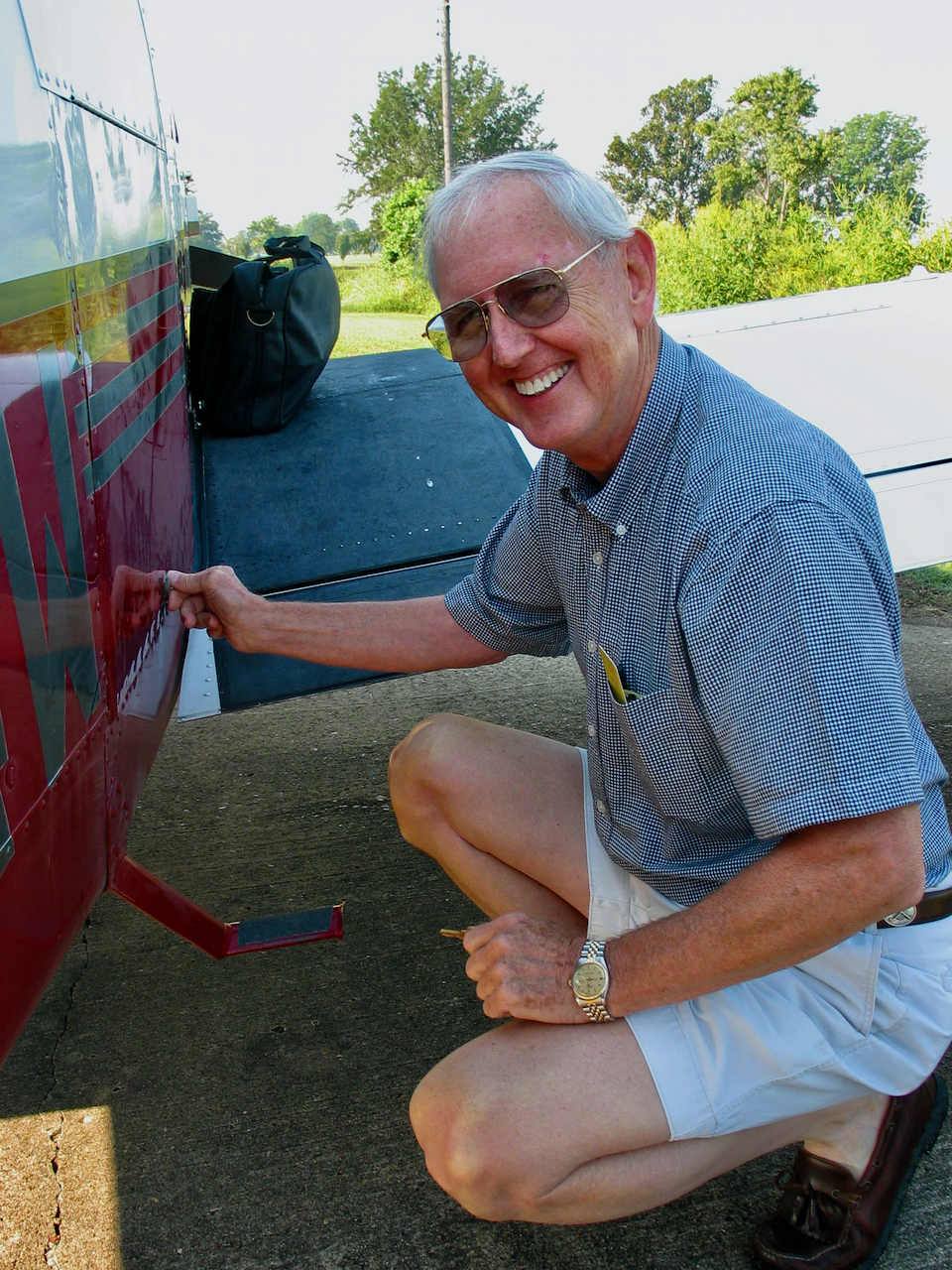 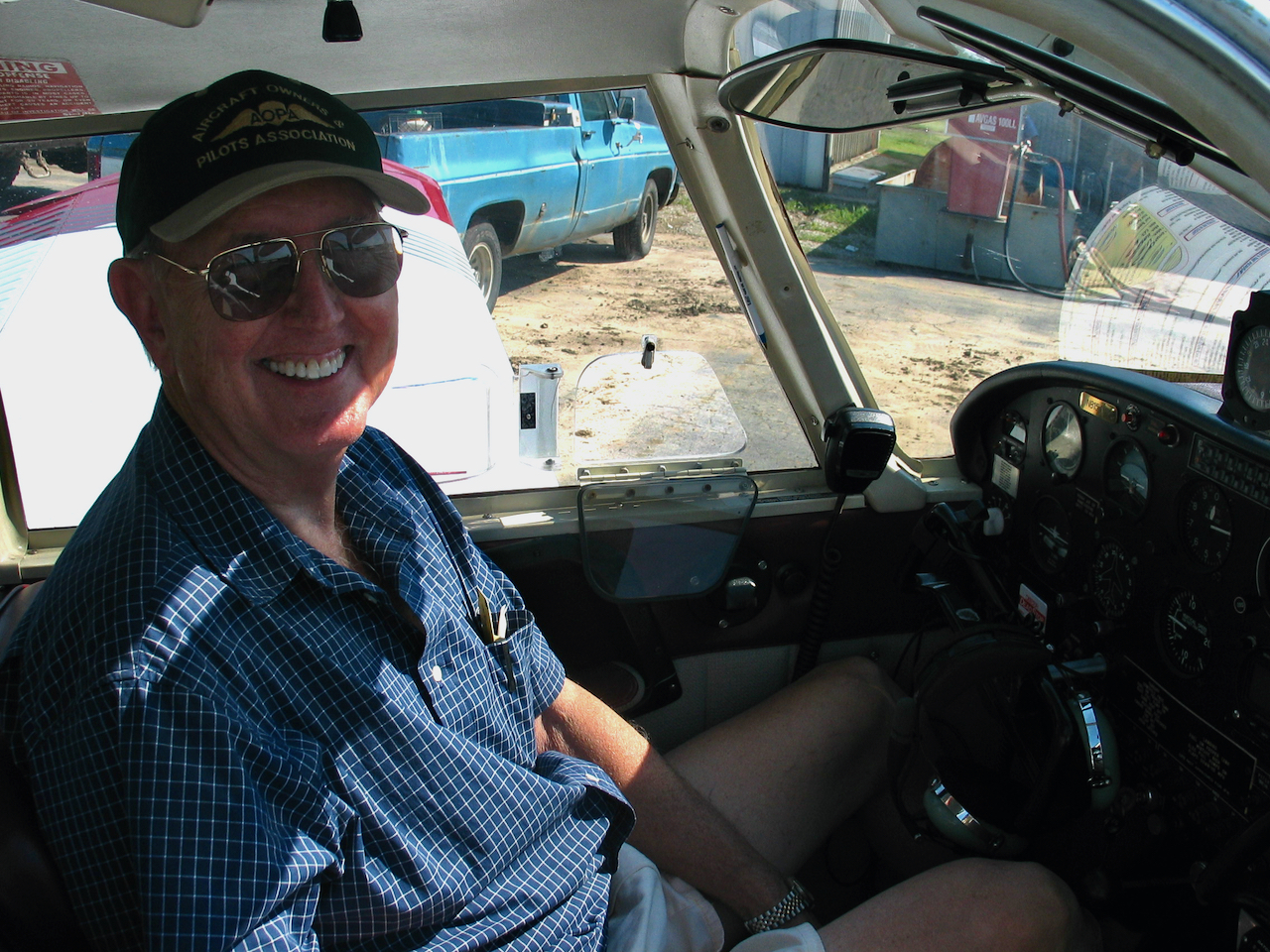 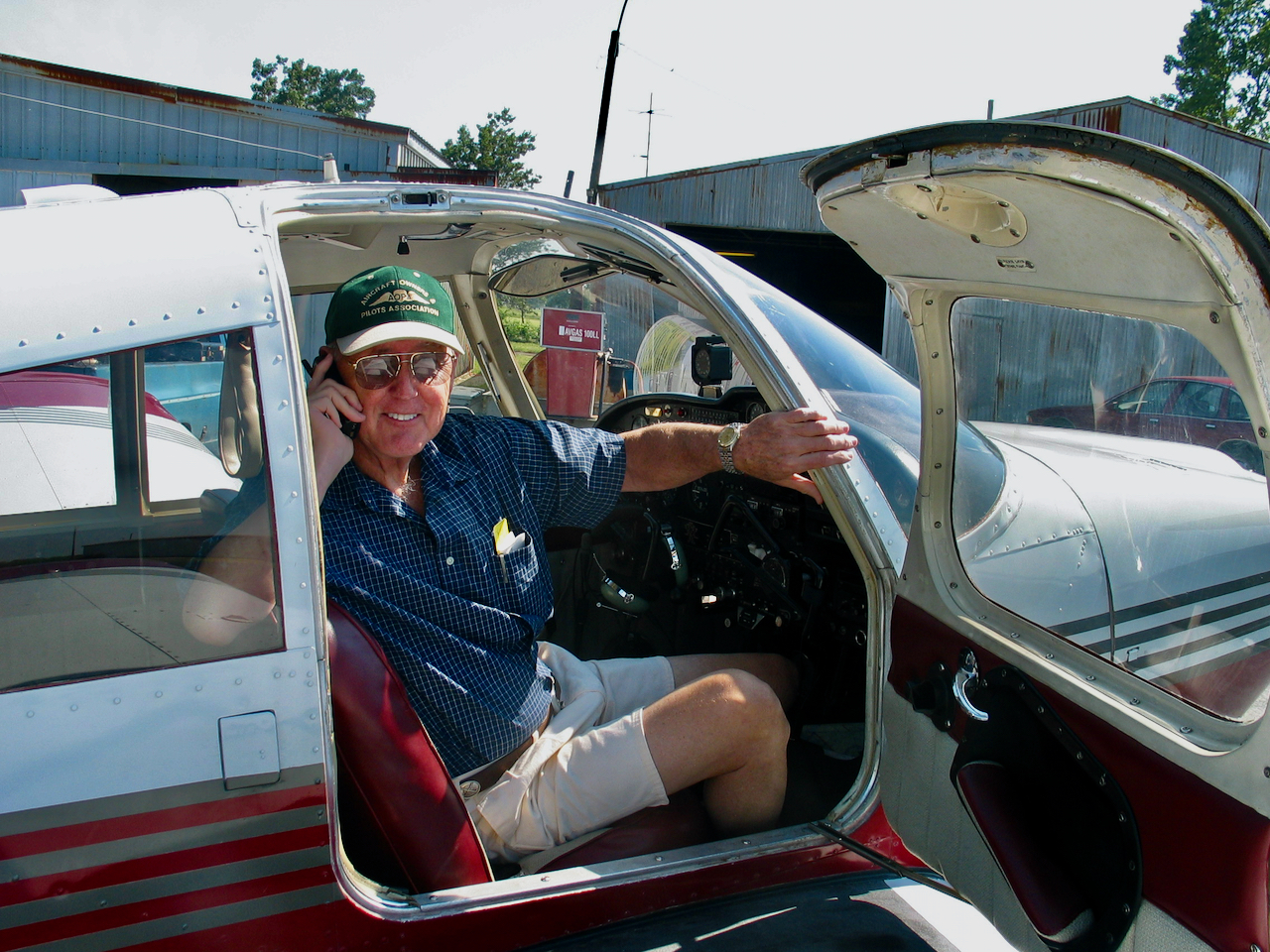 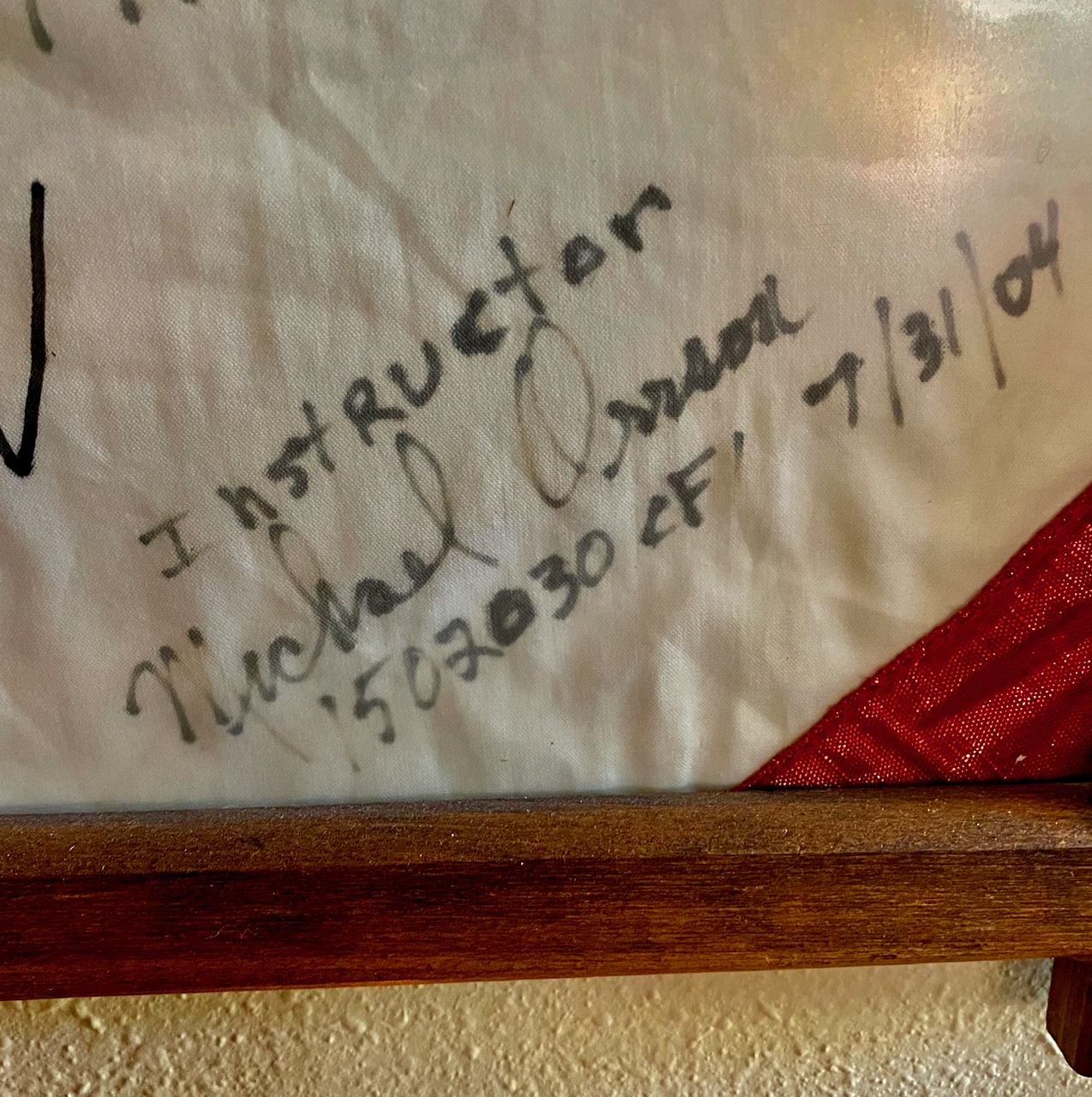 That was the instructor’s signature, along with his license to teach.

The tail numbers to the plane. Dad and Donna affectionally called it 54-Whiskey.

One final note: none of this could have been done without Donna. She was the one who took the shirttail and framed it for Dad. AND she also took the photos of the shirttails for this post. Thank you Donna for all you do for Dad and our family. 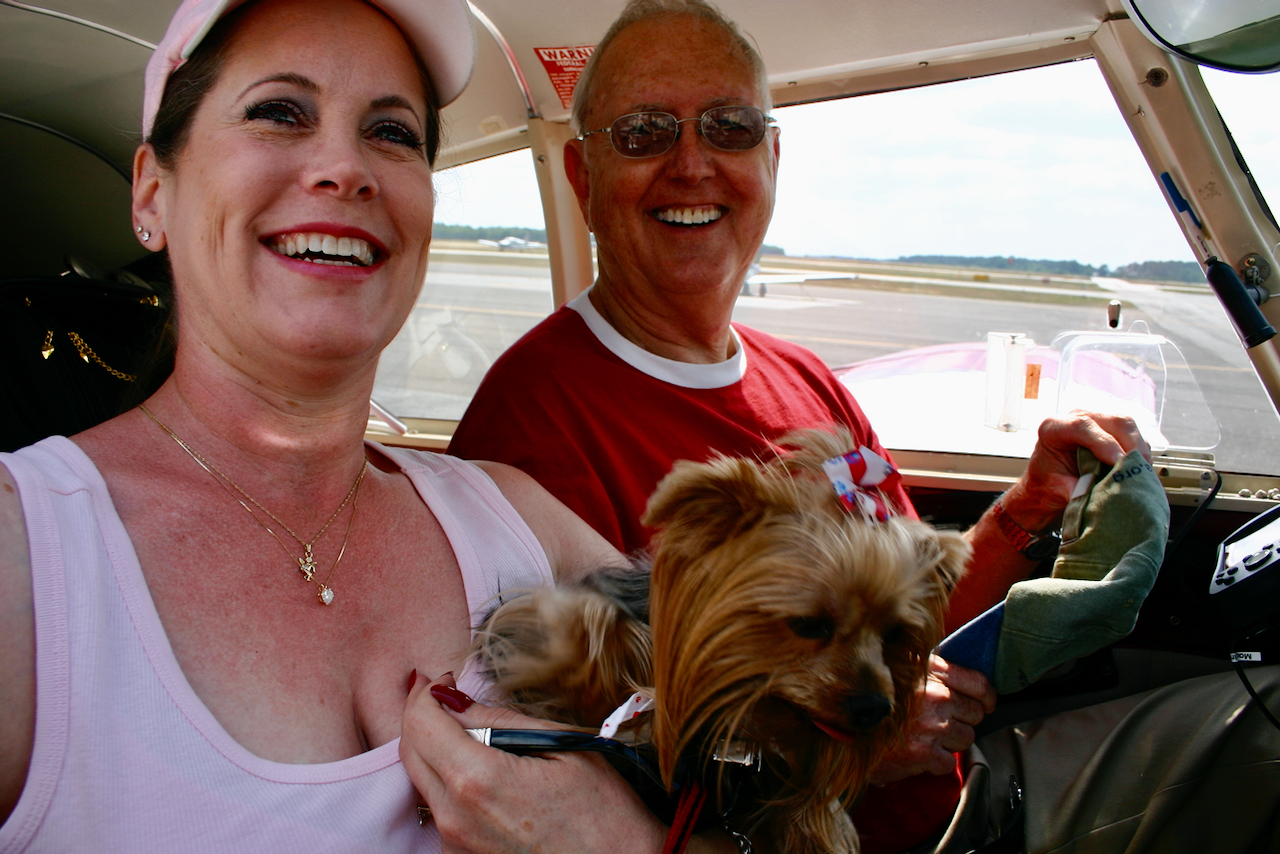